About Us
:
Homepage
>
Company Profile

Description:
Description:
Information
Jiangsu Jiaerke Pharmaceuticals Group Corp., Ltd.(Hereinafter is referred to as “Jiaerke”), founded in 1993, is a biomedical enterprise engaged in the R&D, manufacturing and marketing of steroidal Bulk APIs, intermediates, as well as health-care foods including capsules of sporoderm-broken ganoderma lucidum spore powder, capsules of ultra-micro morel and other nutritious ingredients. 370 employees are hired in Jiaerke. About 98% of Jiaerke’s products are distributed to the overseas market including USA, Western Europe and Southeast Asia, by which Jiaerke has earned a rather high reputation and competitiveness in the international market.
Jiaerke has successively won a series of honorable titles, such as “National High-tech Enterprise”, “Innovation-oriented Enterprise in Jiangsu”, “High-Tech Private Enterprise in Jiangsu”, “AAA-Credit Contract-honoring & Promise-keeping Enterprise in Jiangsu Province” and “Civilized Unit in Jiangsu”. In addition, Jiaerke passed the certification of ISO14001 Environmental Protection Management System in 2003; the certification of GB/T28001 Occupational Health Safety Management System in 2010; the re-certification of GMP for its API progesterone and obtained the COS certificate of EU in 2010; and passed the U.S. FDA site inspection for PA product in 2014.
In recent years, Jiaerke has been continuously growing. In the year of 2010, Jiaerke invested and established Jiaerke Bio-technology (Nantong) Co., Ltd. in Yangkougang Economic Development Zone, Nantong, Jiangsu. As of now, the construction is ongoing and hopefully the new plant is expected to put into trial production in 2016.
“Transcendence & Innovation” is Jiaerke’s Credo with “Social Satisfaction, Customer Satisfaction, Employee Satisfaction” as its pursuit! Welcome to contact us! Warmly welcome friends from domestic and abroad to visit us for the sake of a mutual development and a brighter future.

Scan the QR code to read on your phone 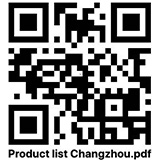 About The Center
Technology Research & D 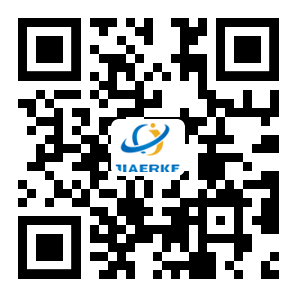